Now that Australia is officially in recession, you’d expect lots of companies to be entering some form of insolvency. That’s still not the case.

In a similar vein to my recent article on the topic, the government Coronavirus stimulus measures appear to be propping up a large number of companies that would have otherwise entered insolvency.

What’s more, the first week of June looks to have been slower still at 60 appointments. This is by far the lowest week this year, and a long way off the average of 123 Insolvency appointments per month for 2020.

All the talk in the Insolvency Industry is when the “wave” is coming. There might be an increase come July 1 when most businesses in NSW are heading back to work. Lots of pundits are pointing to September 25 when JobKeeper ends, Insolvent Trading laws kick back in and Rental Provisions end. The bulk of it may be as late as next year if the ATO continues to go slow on debt pursuit. 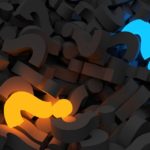 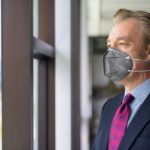 Liquidations in the Age of Social Distancing – yes, it’s still easy to appointour-blogs