Did you see that – in the midst of Australia’s first recession in 26 years, insolvency appointments are at around HALF of what they were at the same time last year!!

Some more comparisons for you. June 2020 is the lowest monthly number reported since January 2009. January is typically the slowest month of the year by a long way in insolvency circles due to the courts being closed, so if you discount January, June 2020 was the slowest “regular” month since September 2000. This is also the lowest June number ever reported, so that’s since 1999. June is usually one of the peak months for insolvency appointments with a rush of companies winding up prior to the end of financial year. The next lowest June number was also back in 2000, at 425.

ASIC’s preliminary weekly numbers for July indicate it’s going to come in at around the same level.

It seems apparent the relaxation of Insolvent Trading laws, windup application restrictions and the JobKeeper subsidy continue to keep a lot of otherwise nonviable companies afloat. We think the resumption of insolvent trading law, and the JobKeeper reductions scheduled for the end of September might have some effect on the number of insolvencies.  But it is also possible that those changes will be pushed out.  Long term there will be an increase in insolvencies but it may be some way off yet. 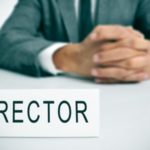 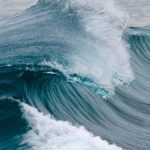 What Will a Rush of Insolvencies Bring?our-blogs