Quite a bit has been said during COVID-19 about businesses that were already struggling or have been caused to struggle by the shutdown, but what about businesses that were in a good place but have just had to stop? If you are in that situation and you are considering your options now that things are starting up again, or if you’re just thinking that running your own business just isn’t for you, then company liquidation can help.

These are some of the conversations we commonly have on our insolvency hotline with people in that situation:

I want to “do the right thing”.

This is a really common one at the moment. I get it, we’re all affected by the pandemic and we don’t want to make it any more difficult for anyone else if we don’t have to. You have to be careful though because there’s going to come a time when the old adage “it’s not personal, it’s business” kicks back in and we suspect it might be coming sooner than everyone expects.

A common mistake we see all too often with businesses that are in financial distress is the director worrying about everyone other than worrying about themselves – that will have an effect on their personal finances and health. The sad fact of the matter is it’s sometimes not possible to look after all of your creditors. It’s usually better to look at a liquidation – maybe the best you can do is make everyone a little less unhappy. I know it’s hard but there comes a time where you have to do what is right for you and your family.

What about my reputation?

When you’ve traded in the same industry for a decent amount of time, your industry can seem like a very small world. You know everybody, everyone knows you and they all know what’s going on with each other. Once things pick up again you’re probably going to be having to deal with some of these people again so the way you’re perceived in the industry is understandably important to you. What you have to remember is everyone in your industry are going through similar things as you, they are wrestling with the same questions that you are. That will mean that everyone will know that you’re not just closing your company to try to dud suppliers or your creditors, it’s genuinely due to circumstances outside your control.

What other effects will it have on me?

Credit agencies keep a record of companies that enter liquidation and the names of their directors. So, a director’s credit rating will be affected. However, it is more likely to influence future business loans rather than personal loans. Similar to previous points, this kind of mark will very soon be a very common thing, thus reducing the perceived risk in the eyes of a potential lender.

I never should have set up a company!

This is a common one we hear from tradies or other very small businesses. They might be very good at their trade or their line of business, but they’re often less good at the administrative tasks around running a company. They sometimes feel like they’ve been convinced into setting up a company when perhaps they didn’t really need to and are looking for a way back to simpler times. Company liquidation can be a good answer here as well. On the positive side these types of small businesses can be quite easy to pivot. There’s nothing to stop that individual trading as a sole trader under a new ABN. As long as there’s no material transfer of assets out of the old company, it can be relatively safe and easy for them to start again.

I’m going to get a job on wages, I never want to do this again!

This one is quite possibly the most commonly spoken statement on our insolvency hotline! These people have had a company, they’ve given it a fair shake, it’s not worked out well and it’s been a bad experience for them. Company liquidation is a good way to bring that poor experience to a close for them allowing them to move on with their life. 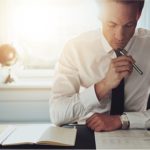 My Client’s Company Is Insolvent – Do They Have to Put it into Liquidation?our-blogs 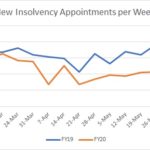